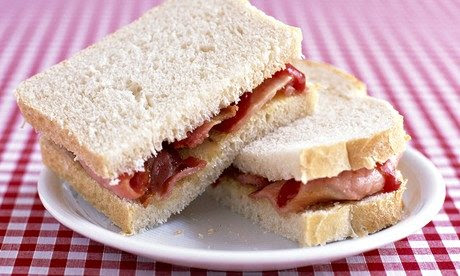 Specifications, fascinating documents in the building industry that have a surprising amount of power and strength. When used correctly they help define scope, quality and legal requirements; they can even drive innovation. They have a reputation, especially in Australia, as not being worth the paper they are written on, but in my eyes they can be a work of art! Now I could write a book on why we need quality specifications and how they should be used to get the results clients need and deserve, but I thought I’d start with a blog.

Nearly all my blogs are about leadership, which is a passion of mine, but in a previous life I ran a very successful team of Specification Consultants and design managers. Early in my career, as a Contractors Quantity Surveyor, I’d obviously worked with specifications but always viewed them as a way to generate variations for my employer, the contractor, because generally they were written very generic with no relevance to the contract they were supposed to represent. It was an easy way to make money with all their ambiguity and a lack of clarity.

I was asked to work for two of my Character Angels again, Nick and Dave. This time they’d started a specification and design management consultancy – a specification consultancy with a difference though. Partly, because of the mentality we used to write the specifications and manage the design process, but also different because of the calibre of clients who had asked for help. Foster and Partners, arguably the number one architect in the world had approached Nick and Dave to write their design documentation (specifications). This had come about because Nick and Dave had a great track record as contractors QS’s in pulling apart project documentation due to the usual poor structure and ambiguities. Suddenly there was a business in the market that brought contractor expertise to client side requirements. We coined the phrase “Poacher turned Game Keeper” when talking to prospective clients and we were very good at what we did. We worked closely with design teams all over the world on projects such as 80 St Mary’s Axe (The Gherkin), McLaren’s head office, the Bibliotheca Alexandria and Wembley Stadium to name a few.

So how important are specifications?

Specification have been around for a long time and some of the first were written by the big man himself, way before contracts and documentation was administered by Lawyers. God writes his first specification in the Bible in Genesis 6:14 for Noahs Ark. “Make thee an ark of gopher wood; rooms shalt thou make in the ark, and shalt pitch it within and without with pitch. 15 And this is the fashion which thou shalt make it of: The length of the ark shall be three hundred cubits, the breadth of it fifty cubits, and the height of it thirty cubits. 16 A window shalt thou make to the ark, and in a cubit shalt thou finish it above; and the door of the ark shalt thou set in the side thereof; with lower, second, and third stories shalt thou make it.” A simple but effective specification.

The specification on most projects is only second in precedent to the Contract! Kind of says something about its importance. But it’s treated as a chore and usually done last thing in a rush, most probably by taking an old specification from some similar project done 3 years ago, which would have most likely had mistake’s in it from a previous specification, and then just change the header and footer. For such an important document it’s an insane process.

We work in a very high pressure industry, big money being spent to hit tight deadlines with the very tough expectation to hit the three key targets of time, cost and quality. An almost impossible task! Let me give you some facts about the effects of poor documentation in the construction industry, because in my opinion, we have a problem. A CSIRO survey has shown:

In this age of supposed work life balance the last point alone should be enough for us to improve our approach to documentation.

Now I’m not pointing a finger at architects and engineers alone here, who are generally responsibility for writing the specifications. This is an industry wide problem and one that should be solved by all of industry including academia. It’s become a lost art and one that needs to be re-learnt. Even with the dawn of BIM, where information will be embedded into models, people will still write the information, especially around the legal obligations that a specification defines.

You’ve listened to the reasons why we need a good spec, here are my 7 tips for writing a great specification:

1 – Draft your specifications early – You need to begin drafting your specification as early as the schematic design stage for a project. It should be built as soon as the design starts to take form and used to inform decisions; more than hinder them.

2 – Start from scratch – Do not copy and paste old specifications; it’s a recipe for disaster. Ideally every specification should start from scratch as every project is different. This sounds like a big task, but there are some good baselines to give a starting point from which to building your bespoke spec.

4 – Write your specification to reflect the construction contract – One of the most common mistakes when writing specifications is that they don’t relate to the clauses in the contract and therefore have no power. For reference, the most popular contracts in Australia are:

5 – Produce a separate contract specifications- In both contract examples above, it is vital that a separate contract specification is produced following negotiation of the tender and signature of the contract with the contractor. This is fundamental and critical to an unambiguous agreement, especially in an AS 4300 or AS 4902 design and construct arrangement, as the PPR (Principles Project Requirements) will become the contractor’s proposal. Good practice is to ensure the clients and their team take the time to collate all the negotiated information and make one clear set of contract documents to sign. Trust me, it’s worth the effort and a blessing during, and at the end of the contract when negotiating final accounts.

6 – Don’t overly rely on schedules – This is a contentious area of debate, but my belief is that all the relevant detailed information should live in the specification. Schedules do have their place to relay information but the project should not be overly reliant on them.

7 – Use the specification all the time – They should be used throughout the design, negotiation and construction stages of the project. The specification is famous for being a wad of paper that is used as a door stop for the site office. It is only pulled out when things start to go wrong, with some hope that there will be a clause to save the client. It should be used daily for negotiation purposes, quality and legal issues and so much more.

So there you have you have it; and the final word from me is, never underestimate the power of a good specification and a team that knows how to use it. Done right you’ll deliver a brilliant project outcome, and if you’re lucky, get some great bacon sandwiches in the process!