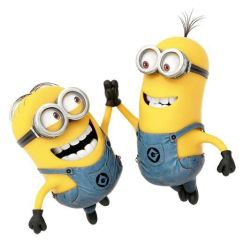 I recently ran a training session for my company on teamwork and building a winning culture. It was an odd session. Not because of the content but because of the scenario. I was asked to run the training session over video conference, which in itself sounds normal. However, there was no face to face video link with the attendees from around the country as we had to run my notes through the video so that everyone could follow. No one in the Melbourne office was able to attend so I was left on my tod to talk to the TV. People in the other offices confirmed they were there with a few hellos, and then turned their system to mute. It was just an odd scenario, I assume it’s a very similar feeling to talking on the radio or as close as I’ll get. There I was, basically talking to myself, on a subject that was about being part of a cohesive group, a team, about being very far from being alone.

However, the truth about leadership, especially when implementing change within a team or an organisation is it can be a very lonely place. New ideas can be scoffed at, proof of what’s in it for people takes time and most changes are slow to take off before they have any noticeable effect, especially those that are cultural. So as much as a lot of people want to be a true leader, you have to get used to being alone, being doubted, and you definitely need to learn to have the confidence to back yourself, your ideas and your beliefs to effect change.

So what’s required to build a winning culture? There are many managers who just expect winning teamwork to happen, just because they work for a company within a team and the manager says, “Let’s go Team!!!” Unfortunately life doesn’t work that way. Manchester Utd and Hawthorn do not just turn up and have a winning team, it takes years and years to develop a winning culture and a team who lives that culture to deliver the goods.

So where to start? Well let’s start with Culture. Tough start. Culture is hard to define. Not in words, that’s quite easy, but to define what it actually is, a feeling, that’s hard. I believe that true culture is an emotion, a feeling we carry and believe in. If we look at how others define culture using words we find many themes like “Organisational culture is a system of shared assumptions, values, and beliefs, which governs how people behave in organisations.’  Read More Here

For me though culture is an emotion, a feeling within the team that makes it cohesive. A team full of belief is the most important thing, but this feeling can only be achieved with hard work, the right team and great leadership. In my experience an organisation truly living shared assumptions, values and beliefs to summon the emotion of a winning culture, is very rare.

So how does a leader build a team and inspire the right emotion from each and every one of them to drive a winning culture. Well let’s look a few of the crucial areas to start.

The people in the team are obviously critical to success. If you have one ‘bad e

gg’ it can turn a team toxic. I’ve experienced this first hand and the only real course of action is to remove this person from the team. Many people try to manage these people but in my experience it is very rare that a person of this nature can be changed. Improved yes, but under pressure they will default back to their toxic ways. Every team comprises of some great people. You’ve probably all heard someone say “They are a team of greats but not a great team”. To get a great team you need to startby looking at the individuals. Ideally you’ll have some greats in your team but that’s not enough. As quoted in his book Good to Great, Jim Collins talks about a company or team as a “Bus” and says “You have to get the right people on the bus, the wrong people off the bus, but you then have to make sure that the right people sit in the right seats on the bus”.  Only then can you ensure a cohesive winning team. Jim Collins actually states that this is more important than actually knowing where the bus is going!

Goals
“Without a goal you can’t score!!” – Casey Neistat. Simple but very true. But many businesses don’t have clear goals. Their set goals are convoluted or worse, so big that the people at the coal face delivering the day to day business cannot relate to them. I like to have my team’s goals front and centre where they can be seen. So

every year we get a poster drawn up of our goals and KPI’s so we can understand where we are going and keep track of progress in a fully transparent way. Clear goals are essential to building a winning culture.

In my opinion trust is the number one value that must be lived and breathed to ensure a winning team culture. Stephen Covey said “Without trust we don’t

truly collaborate, we co-ordinate or at best, cooperate. It is trust that transforms a group of people into a team”. I truly believe this. The greatest teams are able to talk openly and honestly about issues to deliver solutions. For example, a team meeting in the boardroom must be able to debate issues. Not everyone will agree on the way forward but for a winning team culture to work, all areas must be discussed, a path forward agreed upon and all parties must agree to walk that path when they leave that room. I’ve seen on many occasions decisions made and supposedly agreed upon only for some people to leave the room to make nasty snide comments behind the rest of the teams back. This lack of trust undermines everything. Integrity by the leader and within the team is everything and this starts with trust.

I’m a huge believer in aligning personal values with business. Unfortunately a lot of business values are very bland and say what the corporate world think they should say. In his recent blog, “Do this one thing for your team”, Dr Jason Fox writes “Too often, company values are just beige wallpaper: superficial and meaningless. Integrity, safety, honesty, performance, collaboration, blah. Whatever.” It’s so true and it makes it very difficult for a team to engage with their companies values. They’re just corporate niceties.

When I think about a winning culture, I think about sport. Winning is the ultimate goal for sports teams. If they win then business is good. To be honest this applies to all businesses but in my search for different values I’ve struggled to find “Winning” as an actual value. I even visited Manchester Utd’s website to see if “Winning” was one of their values. I couldn’t find it. However on their business strategy page, they have Sir Matt Busby quoted as saying “At United, we strive for perfection, and if we fail, then we might just have to settle for excellence!” I love this attitude and I think a winning culture should be celebrated, not shied from.

The greatest company I ever worked for was Davis Langdon. In London when you joined, you were taught the theory of “Clear Blue Water”. Davis Langdon believed and instilled in their team that they were the best, and because of this they were the best by a long way. The Clear Blue Water theory was about teaching the team that if we were to look over our shoulder, there would be nothing but clear blue water between us and the horizon, there would not be a competitor in sight. I will say it was amazing how that mantra stuck with the team. They were proud to be number one and would do everything in their power do drive a winning team culture to stay there. It was very powerful and I have not experienced anything quite like it since. This was a winning value. Values are key and the team should define the values that are strong amongst them and look at aligning these with their company values where possible. If you can’t align your values with your team’s values to your companies’ values, then it’s the wrong company for you.

There are obviously many other areas which also need focus, areas like engagement, communication and fun, to name a few. But I believe the above areas are the most important to initially focus on as a leader. Get these right and you and your team will start the journey of instilling an emotion, a feeling which is a culture of winning, of believing in themselves and really enjoying the team they’re in. This may take years to really take hold, but done right, once that emotion is embedded, new starters joining the team will quickly pick it up and if they are the right people in the right seats they will carry this torch of emotion.

Many people, especially recently, say that the sign of a true a leader is Authenticity. Obviously this is important and if you read my Are you a Swan Leader? blog you’ll see why, but I believe the trait of great leader that stands out amongst all others, is to “Lead by Example”. When you lead by example you will inspire your team to become leaders themselves, not followers. That’s the sign of a great leader and how you ensure a winning culture thrives.